A Viewers Guide to Canoe-Kayak at the Tokyo Olympics

It’s hard to believe but the 2020 Olympic Games are finally upon us, a year late in 2021.  Of course, that means from August 2 – 7 we’ll see Olympic canoe-kayak competition for the first time in five years.  I thought I’d write a preview for those that aren’t totally familiar with the sport but enjoy getting out on the water with a paddle in their hands.  The reality is, whether you do your paddling on a stand-up paddleboard, some type of touring kayak or a surf ski, there is a lot of similarity to what you’re doing and what you’ll see at the Olympics.  It’s just a case of the Olympic athletes having made their sport the most important thing in their lives for the last 8 years or so, working incredibly hard, and being extremely good at it.

Sprint canoe-kayak events have appeared in the Olympic program at every games since Berlin in 1936.  Over the years the events have changed and more women’s events have been added.  In fact, Tokyo will be the first time that women will be racing canoe events!

Historically the sport has been dominated by Europeans and in particular the East Bloc who, during the cold war years, devoted tons of resources into their Olympic sports as a means to try to legitimize their political system.  Since the collapse of the Soviet Union and communism in Europe, Hungary and some of the former Soviet Republics in particular have remained very strong.  Germany continues to be one of the stronger nations across all of the events.

Other western European countries have historically been strong in some events, while weaker in others.  The same can be said for Canada and the United States.  Since 1980 Australia and New Zealand have had some very notable successes in men’s kayak events and New Zealand the women’s kayak events as well.  China has, since 2004, been very successful in some men’s canoe events and their women’s program in both canoe and kayak has grown stronger as well.  In South America, Brazil has recently grown quite strong in the men’s canoe events.

Canoe-kayak slalom events (white water through gates) were added in 1972 and then dropped again until 1992 when they became permanent events.  These slalom events were added without increasing the quota of canoe-kayak athletes so now there are fewer sprint events in each games as the total quota of athletes must be shared between sprint and slalom.   This has resulted in some traditional events being dropped to make room for women’s canoe.

For the purpose of this preview we’ll stick to a discussion of the sprint events.

The sport consists of races on an 8-lane course for both canoes and kayaks over distances of 200m, 500m and 1000m.  Lanes are marked by buoys every 10m or 12.5m so paddling down a lane on the course is a lot like driving in your lane on the highway.  Starts are from starting gates which hold the nose of the boats until the starter’s command and then drop out of the way into the water.

Paddlers must stay in their lanes and in fact must stay a minimum or 5m away from paddlers on either side of them.   Wash riding of any kind is forbidden and results in disqualification.

Canoe events are in singles (C1) and doubles (C2).  A cool bit of trivia is that the “C” does not stand for canoe but rather “Canadian”.  Paddlers high kneel on one knee with the other foot in front of them and paddle only on one side using a single blade paddle.  There is no rudder or mechanical steering device so paddlers must use their paddle to steer.

Kayak events are in singles (K1), doubles (K2) and fours (K4).  A cool bit of trivia is that the K4 is the fastest boat made for paddling.  Men’s K4s have towed water skiers behind them.  Kayak paddlers sit down and use a double blade paddle.  Kayaks have rudders for steering similar to surf skis and the first person in the boat controls the rudder with his or her feet.

Currently, the sprint events consist of:

Historically there has only been one entry per event per country, however in Tokyo for the first time there will be two entries per country allowed in singles events, only if the second entry is an athlete racing in one of the crew events in that discipline.

From the preliminary heats, boats will advance to semi-finals or directly to the final depending on the event and the total number of qualified entries, with 8 boats in the final and the next 8 in a “B-final”.

What to look for

It’s always a bit difficult to make medals predictions as the “once every 4 years” nature of the Olympics always makes for some interesting results.  Favourites who have dominated the events at the World Championships between Olympic Games have as often been upset as won in their Olympic race.  Similarly, it’s not uncommon for young athletes to emerge from obscurity and win, seemly out of nowhere, at the Olympics.  These races truly epitomize the “anything can happen in sport” adage.

For Tokyo, in 2021, it is even more difficult to make predictions because high level international racing has been so affected by COVID over the last 18 months.  Eighteen months is an eternity at the highest level.  Veteran athletes who were trying to hang on for one last Olympics have suddenly had to entertain the notion of training an entire extra year just to compete.  Many have not been able to hang on that long.  Younger athletes on the verge of international stardom but not quite ready to win their country’s Olympic entry have suddenly been granted an extra year to mature.  And of course, the number of world events in which the majority of teams have been able to send their best to compete have been limited over the last 18 months because of COVID.  We don’t even know whether all the athletes entered will make the starting line for their events as, at the time of writing, there were COVID cases within the Olympic Village.

So rather than try to make predictions for each event I’ll instead share a few things to look for when you’re watching.

As with every Olympics there will be athletes racing who’ve done it all before, multiple times.  Here are a few to watch:

Though not necessarily new to racing at the highest level as they’ve raced at the World Championships, the Olympics are a unique event with an entirely different level of pressure that sees some rise to the occasion and some collapse.  Here are some athletes that will be dealing with this level of pressure for the first time.

At 17, Harrison shocked the paddling world by crushing the women’s C1 200m final at the 2019 World Championships.  Now, at 19, she’s going to try to do it again in the C1 200m.  She’s the lone American entry in canoe-kayak sprint and definitely one of the favourites in her event.

This is the first Olympic Games in which women will be competing in canoe events, despite having been racing at the World Championships for the last decade.  There are lots of interesting subplots to these races.  Can the Canadian women, who were the strongest for much of the last decade maintain their spot on the podium?  Or have the women from other countries, who were rapidly closing the gap, caught up?  Who will be the first women canoe athletes to be crowned Olympic Champions?

Others things to watch out for

Here are a few other things to watch out for as you watch the races and track the results.

There always seem to be one or two countries that dominate the races within a discipline or even across all of the disciplines.  In Rio, Hungary won 3 of the 4 women’s events and Germany 3 of the 6 men’s events.

Those who are Paddle Monster subscribers will be interested to follow the Chinese women in the canoe events as Paddle Monster coach Andrey Kraytor was the technique coach for the Chinese women’s canoe team through most of their Olympic preparation.  If you haven’t seen Andrey race C1 200m it is worth a look at a race or two on YouTube.  It’s impressive (as is watching him race 200m SUP).  It’ll be really interesting to see how much the Chinese women resemble Andrey from a technique perspective when they are racing and, of course, how well they do. 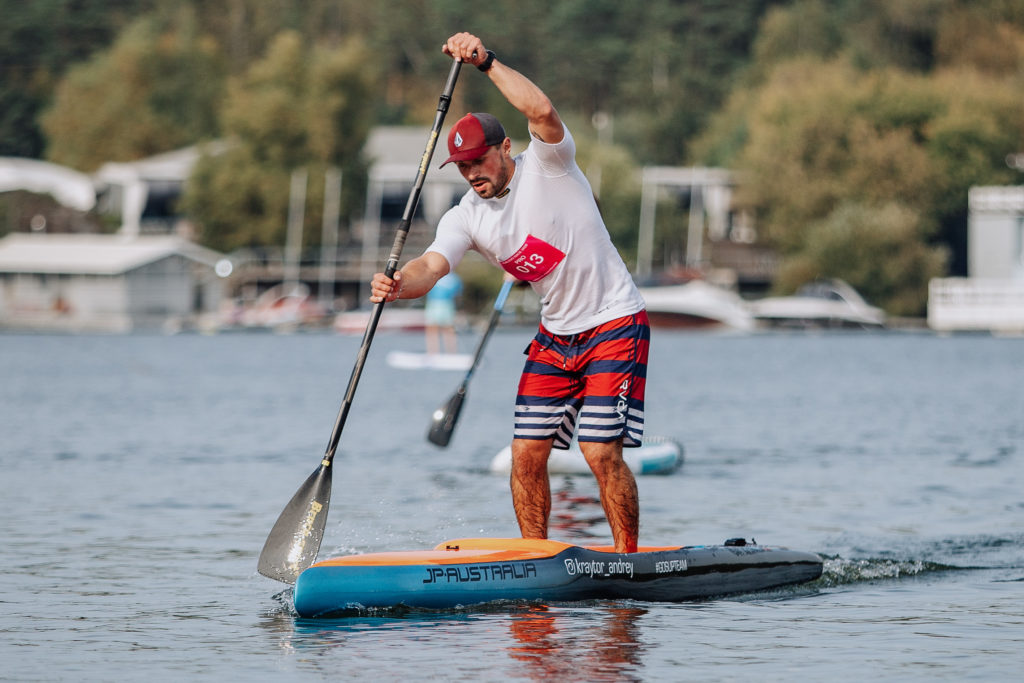 For those that have been Paddle Monster subscribers going way back you’ll recognize the name Teneale Hatton.  Teneale was a Paddle Monster surf ski coach from 2016 to 2017 before opting to focus on her own paddling.  She’ll be racing in the K4 500m for New Zealand.  We congratulate her on making the team and wish her all the luck in the world pursuing her Olympic dream. 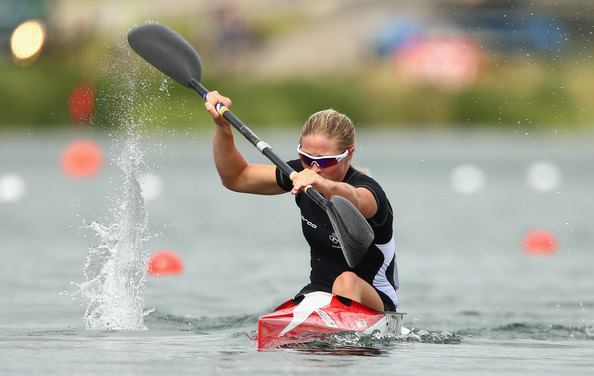 Racing in canoe-kayak sprint starts in week two, running from August 2 – 7.  I’ll write a recap after each day’s competition highlighting the results.  I hope you’ll join me in watching what is sure to be great racing!

Coach Cain Coach Larry Cain, Paddle Monster Head Coach
Larry Cain began his career in 1974 at the Oakville Racing Canoe Club, now the Burloak Canoe Club, in Oakville, Ontario. Cain competed in three Summer Olympics, winning a gold medal in the C-1 500 m, and a silver medal in the C1 1000 m events. He also won a silver medal in the C-1 1000 m event at the 1989 ICF Canoe Sprint World Championships in Plovdiv. In 1984, he was made a Member of the Order of Canada. In 1997, he was inducted into Canada's Sports Hall of Fame. A trail in Oakville has been named in his honour running along the town's waterfront where Cain trained. He worked as a coach, preparing paddlers for the Olympic Games in Rio. In 2016 Cain co-founded Paddle Monster.