By signing with 3Dfins and releasing her signature “the Izzi’s” 5 fin set, Izzi Gomez becomes the first woman in Surf or SUP history to receive her own signature set of surf fins.

The 16 year old champ said “Once I tried the dimple technology I was hooked. It’s not a gimmick on a golf ball, and it’s the same for a surf fin cutting through water. You will feel the difference in these fins.”

So stoked to finally release my signature fins with @3dfins ! Check out @supthemag for the full press release! 😬👍🏼 #linkinbio 📸 @brentdeal

The technology behind this “wave breaking” hydrodynamic innovation is scientific, but understandable. The dimpled surface reduces drag more than a smooth surface because the water passing over the smooth fin separates and whirlpools back at the fin, creating drag and slowing surfers down.

3DFINS “Turbulent” dimpled flow has more adhesion, reducing the separation and allowing the foil to maintain performance at higher speeds and under greater turning torque.

By signing Izzi, 3Dfins now sponsors both Izzi and Giorgio (Izzi’s older brother) as part of their team. After adding Jamie O’Brien last month the “boutique” fin company is having a dramatic impact on the industry, simply by putting dimples on fins. And putting champions on custom-finned boards.

The graphics on the fins were designed by SUP Pioneer, legend and one of the Earth’s most amazing humans, Betsy Risner. The evolution of the project happens as most wonderful things in this paddle community. As Betsy tells it, “Eric Diggins, among others, we’re sitting around my campsite in Hood river, OR in August. It was chill time. Eric was checking emails, Terri was surfing the Internet, Jenna was reading, I was drawing.  The following week Brent Pasco posted a mock up photo of a colorful zentangle design on a fin asking for an artist that could draw something similar. Eric contacted Brent to recommended me. I drew 2 concept designs for Brent. Aspects of both designs were incorporated. Tarsan dubbed me ‘the ultimate hippy gypsy chick traveling the country in her rv doing art…. (I’m) really stoked that BrentandBrent were able to make this happen for this remarkable young lady.”

Brent Pascoe, of BrentandBrent (3Dfins US distributor) had this to say about 3D’s sudden rise, “Well Giorgio and Josh Kerr rip and are awesome, and Jamie O’Brien rips and is awesome, and Izzi likes rainbows and unicorns, so why not?”

The entire surfing community sends congratulations to Izzi on once again breaking barriers and leading this sport from the front.

You gotta look for the good in the bad, the happy in your sad, the gain in your pain, and what makes you grateful not hateful. 📸 @waterworkmedia

“The Izzi’s” and other dimpled goodness are now available at 3Dfins.com 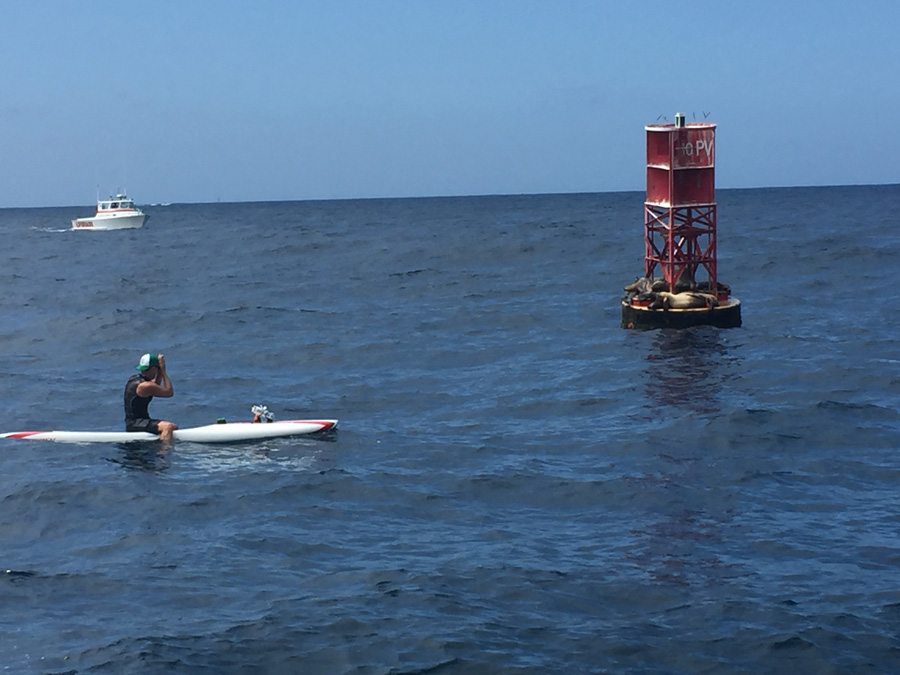 This past weekend, I was fortunate enough to take part in my first Catalina Classic: 32 miles from Two Harbors in the north of Catalina…